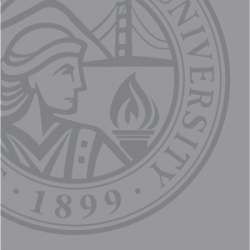 After her graduate studies in American Literature and Culture from the Université de Nantes, France, Bérénice V. Le Marchand moved to the United States and received her Ph.D. in French language and literature with a minor in Second Language Acquisition from Vanderbilt University in 2004. She is interested in an interdisciplinary approach for both her teaching and research, but her primary focus of her work is the interrelationship of literature and culture in Medieval and Early Modern France. Her teaching and research interests include early modern tales and fairy tales, travel literature, women writers, medical discourse, theater studies and intersections between second-language acquisition and literature/culture. She is currently working on a project related to late 17th century French fairy tales and theatricality.